Lindisfarne Oysters, a family run business was established in 1989. Our high quality pacific oysters (Crassostrea Gigas) are grown on the seashore within the Lindisfarne National Nature Reserve. 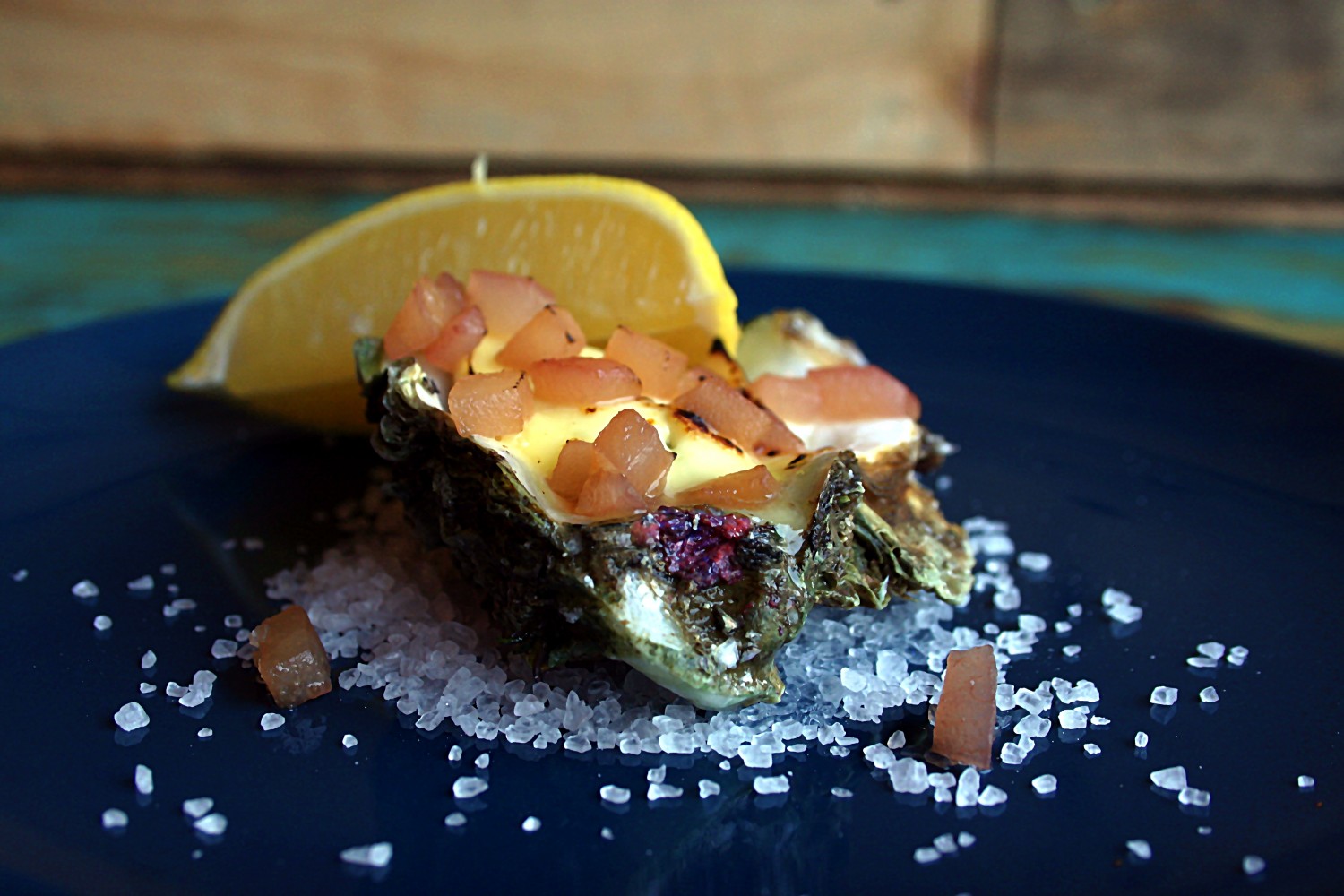 Fresh oysters are available all year round, direct to your door from the Lindisfarne Oyster Farm.

The Lindisfarne Oyster Farm lies on the site of the oyster beds established by the Monks of Lindisfarne Priory.
The Rev James Raine recorded evidence in “History and Antiquities of North Durham” to suggest that the oyster beds were originally founded in 1381, when the Monks bought an oyster filled boat from a Scotsman for 100 shillings. He deduced that prior to that date there were no local oysters and theorised that the very purchase started off the Monks own oyster farm. 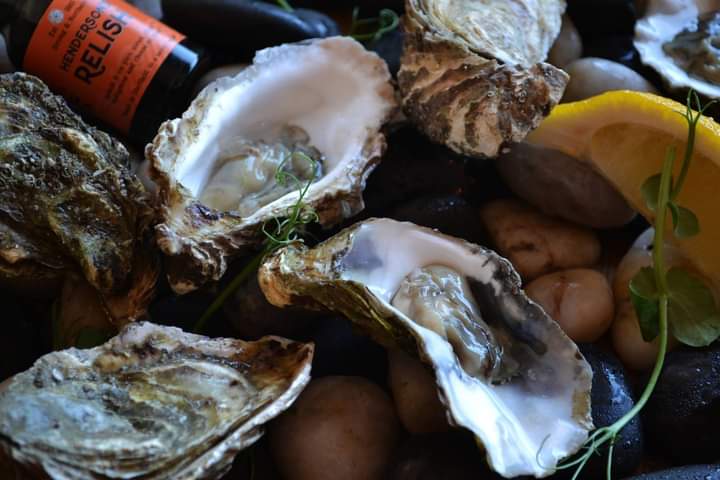 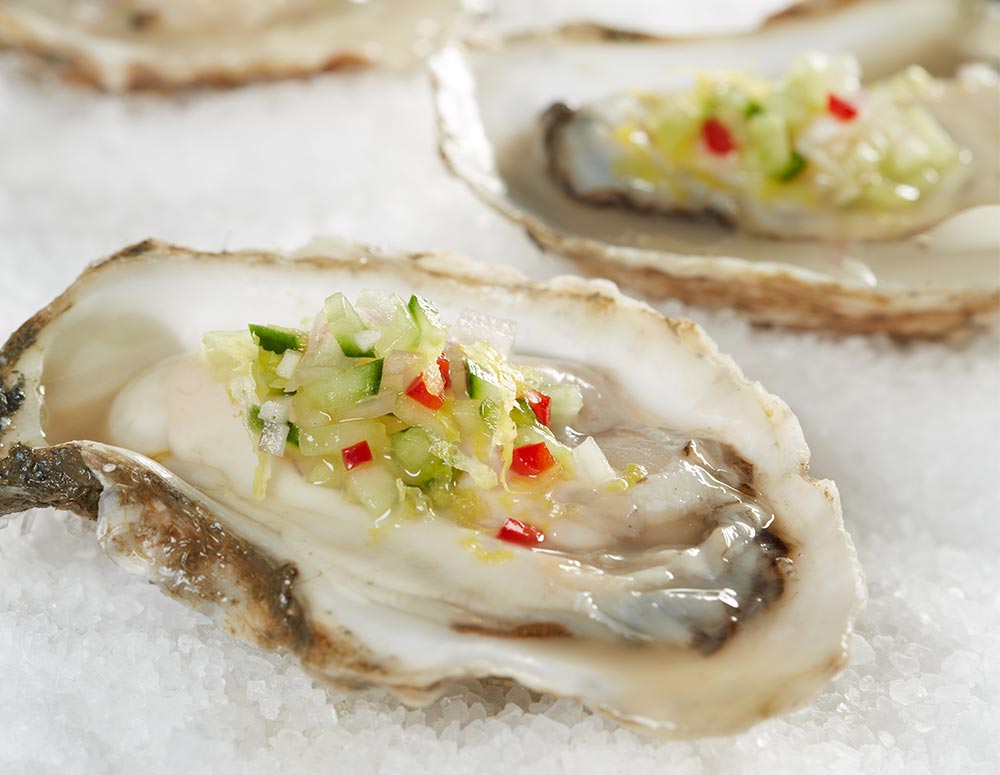 In 1881, the land belonged to Lord Tankerville, who employed a man called Thomas Bowey to manage the rediscovered oyster beds.

In 1953 John Sutherland started farming at Ross, between Bamburgh and Holy Island. He and his wife Heather started farming oysters in 1989 after he noticed oyster shells at a low tide.

In 2003 Christopher and Helen Sutherland took over Lindisfarne Oysters, which continues to remain as a family run business. 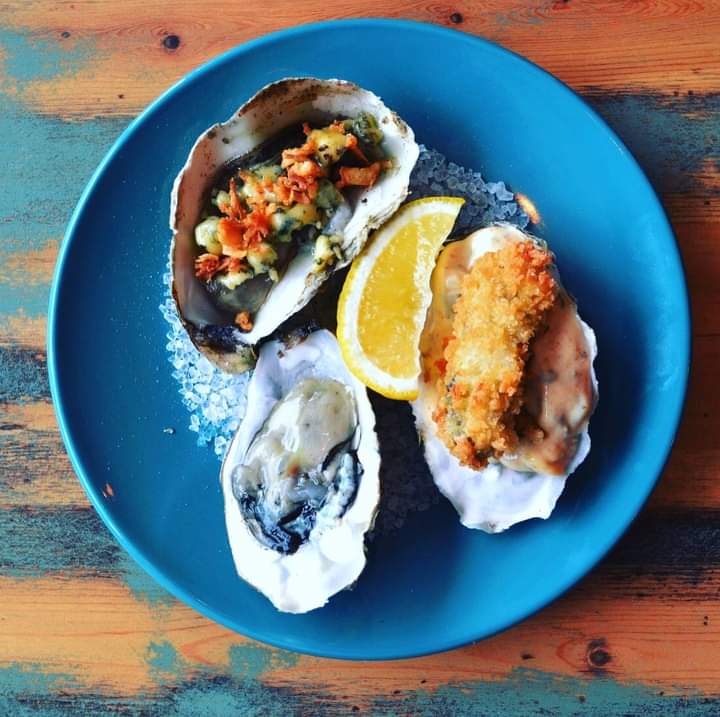 Here at Butcher and Catch it has become somewhat of an obsession to bring the best Oysters in the world to the people of Sheffield.  The UK and Ireland is such a fantastic producer of amazing Oysters, and we make it our mission to complement those Oysters in the most creative way we can. 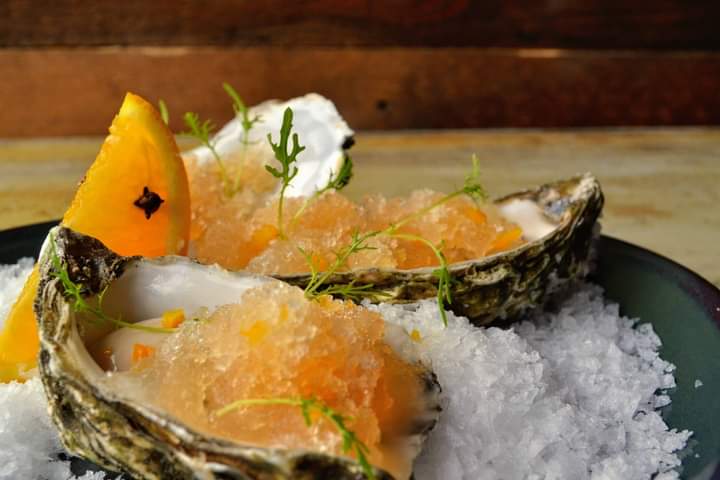 We often use locally sourced ingredients to complement the wonderful fresh Oysters.  Sheffield little mester cheese & poached pear, Sheffield orange gin granita, Yorkshire blue cheese & crispy onion, Hendersons rarebit or pickle.  There are so many wonderful ingredients on our doorstep to use.

For the poached pears:

1. Pour the wine and 300ml water into a pan. Add all the other ingredients, apart from the pears, put over a low heat, then stir until the sugar has dissolved. Bring to a boil, then simmer for 5 minutes. Remove from the heat and leave to infuse for 15 minutes.

2. Return the pan to the heat and add the pears. Bring to a gentle simmer and submerge the pears in the liquid for 35-40 minutes, turning occasionally, until just cooked and ruby red. Remove from the pan to a bowl and set aside to cool.

3. Bring the poaching liquid back to the boil and reduce by half (to about 500ml) until slightly syrupy. Cool a little before pouring over the pears. Cool completely.

4. Put the cheese on top of an oyster and blowtorch until the cheese begins to melt slightly.

5. Add the diced poached pear and blowtorch again to caramelise. Serve with lemon, on a bed of sea salt.